Mani Ratnam’s Ponniyin Selvan I is an adaptation of Kalki’s eponymous epic historical fiction series. It looks at the rising power and expansion of the Chola Empire during the reign of Rajaraja I or Ponniyin Selvan. The film sets the stage for the conflicts and political machinations that would complicate the story going forward.

Battles are being won and kingdoms are being annexed but besides resentful enemies, there are disgruntled courtiers who want to replace the powers that be so as to have more control over the functioning of the empire. This political plotting is complicated by personal vendettas – Nandini (Aishwarya Rai Bachchan), the Pazhuvoor queen wants to destroy the Chola Empire from within because of her ill-fated past with Aditha Karikalan (Vikram), the Chola crown prince.

Our introduction to the complex world of the time is through the charismatic presence of Vallavaraiyan Vanthaiyathevan (Karthi), a confidante and spy for Aditha who uncovers the courtiers’ plot and then gets further instructions that intertwine his narrative with that of the other players of the story.

The story traverses the length and breadth of the southern lands as well as Sri Lanka. Besides geographical diversity, there are race and ethnic concerns that add to the already murky undercurrents. However, on the surface, it is beautiful, witty like the charged exchange between Kundavai (Trisha), the Chola princess and Nandini. Nothing is openly revealed, but in this political chess game, the women seem to puppeteer a lot of the moves.

Kundavai, for instance, is the astute mind behind many of the ruling powers’ decisions as is Nandini in prodding her husband Periya Pazhuvettaraiyar (R. Sarathkumar), the treasurer, in the direction she wants him to take. Even the erstwhile Queen, Ponniyin Selvan’s betrothed, Samudra Kumari and Oomai Rani, expertly weave the plot.

Like a true historical, it doesn’t become a cult of personality but shows how many players have to come together, how the many different actions taken will finally lead to the events we read about in history books. History books can after all be bird’s eye in its viewpoint and depending on the teller, limited in its framework. While there are fictional elements to this film and novel saga, it does create an important balance in the lopsided historical retellings of our nation.

The music and the score are exhilarating in how it accompanies the storytelling.  Also, the gold figurines that were used to give the premise of the narrative were beautifully done. 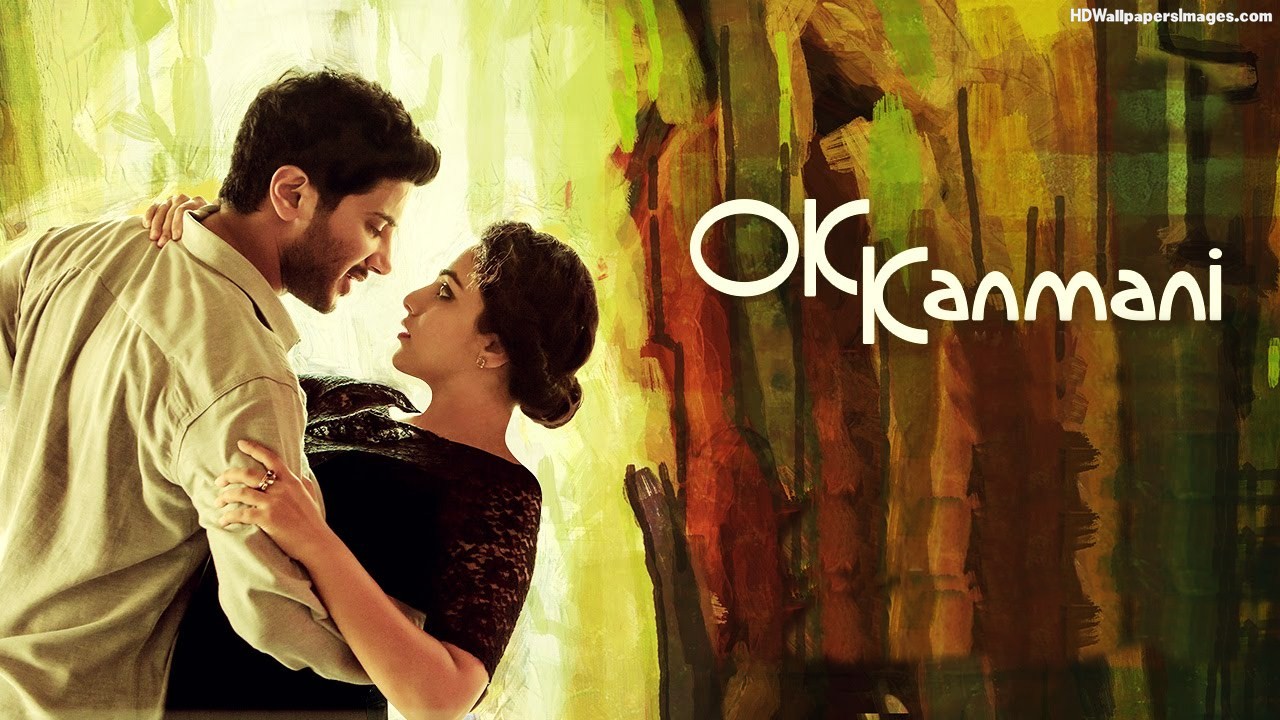 Mani Ratnam’s recent release O Kadhal Kanmani was slated to release on anniversary of his cult hit Alaipayuthey and uses that film as the framework for O K Kanmani. However, unlike Alaipayuthey, this film has a very simplistic storyline with no damaging twists and not much melodrama, making it a light-hearted and pleasant watch.

Aditya (Dulquer Salmaan) is a computer game developer and Tara (Nithya Menen), an architect. They meet at the train station (like Alaipayuthey) and through a series of meetings; they find a deep attraction for each other. They decide to live in together because their career ambitions will take them to the US and Paris respectively so why not spend the little time they have together?

Their relationship is paralleled with that of Ganapathy (Prakash Raj) and his wife Bhavani (Leela Samson), a carnatic singer. Ganapathy is Aditya’s brother’s ex-colleague at whose place he is staying as a paying guest. Bhavani is an Alzheimer’s patient and this becomes the focus of certain crisis situations. The relationship between Ganapathy and Bhavani is beautifully portrayed.

What you realise is that Mani Ratnam is trying to contrast new age relationships with that of an old fashioned romance, yet he is being neither didactic nor critical. It is a very accepting viewpoint that exposes the pitfalls of something like that in a traditional community.

The sound and visual track of the opening and ending credits are a part of the narrative of the film and give us an insight into the fast-paced and highly simulated & stimulated lives the current generation leads. They only want the thrill, especially the thrill of the chase. Once the prize is in the hand, they’ve lost interest – just like a game. In fact, the game seems to parallel Aditya’s life and his desires. And Tara is a then a character in his game – the prize.

It is also clear in that it explains that if the current generation is like this, no small part has been played in how the previous generation has been such as Tara’s parents who are divorced – her father an idealistic man who nevertheless was unable to take a stand for his daughter, and her mother who tries to make up by building an empire for her daughter, only in the process failing to have a relationship with her.

However, it does beg the question, is the major crisis of the present generation – commitment?

Watch the film for the splendid performances and the warm chemistry between the principal actors; the cinematography and obviously A.R. Rahman’s music. Also a special mention for the animation in the film, it is really quite interesting.

Ponniyin Selvan I is based on Kalki Krishnamurthy's eponymous novel series about the Chola Empire. The political struggles, both internal and external, fuels this narrative. Click on the link in bio for more
Brahmastra Part One - Shiva is the first in Astraverse series by Ayan Mukerji - an Indian mythological take on the MCU. It follows Shiva in his search for the truth to his connection with fire and his strange visions. For full review - link in bio #brahmastra #ranbirkapoor #aliabhatt
My anime recommendations that could become your starter pack if you're just stepping into the world of anime 😚😚 #animerecommendations #anime Click on the link in bio for full article
My Top 20 K-dramas that I would unstintingly recommend 🤗🤗 #kdrama #kdramarecommendations Click on link in bio for the full article
Dune follows the journey of Paul Atreides as he learns to navigate the harsh world of Arrakis in the midst of political machinations while grappling with strange powers #dune click on the link in bio for full review
Violet Evergarden is a series about a child soldier who has been treated as a weapon all her life and when the war ends, she works as an Auto Memory Doll (writing letters for others) so that she can understand emotions❤️ #violetevergarden #anime #war Click on linkinbio for full review
A Dessert platter ❤️ #whenyoucantchoosejustone #desserts #mealswithfriends
Nevertheless follows the stories of young art students at a university, navigating complicated relationships in a world of cynicism and not enough commitment #netflix #koreandrama #nevertheless Click on link in bio to read ahead
Eton Mess ❤️❤️❤️ Strawberries, meringue and whipped cream #dessert #etonmess #dessertswhenyouwaitforpeople
Loading Comments...