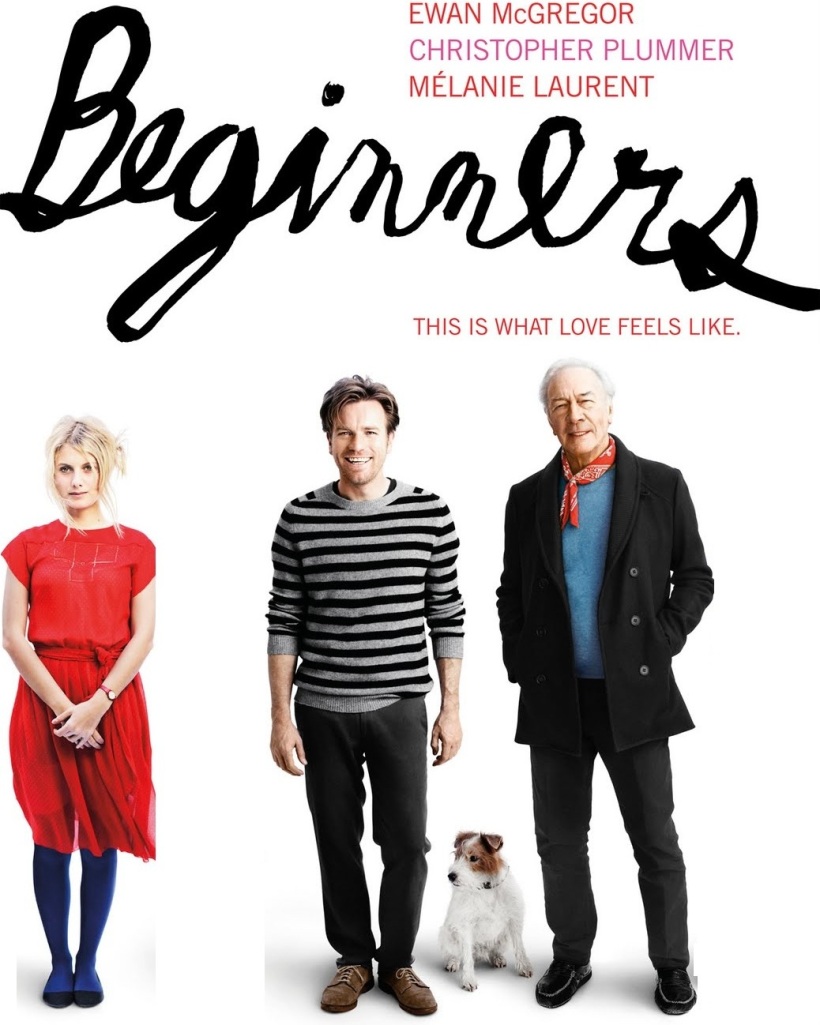 Oliver Fields (Ewan McGregor) plays it safe as far as relationships go because he felt his parents’ marriage was dead (just like how his mother used to make him play dead as realistically as possible). But after becoming a widower, when his father Hal (Christopher Plummer) reveals that he is gay; things change. Hal is terminally ill, but gets himself a boyfriend Andy (Goran Visnjic) by advertising and joins various associations/ groups including a gay pride group.

The film goes back and forth in time and constantly compares life in the 1950s with the 2000s. Sort of like if life was a little strict then, people still tried because there were gay prides marches even then. However, now people have the freedom to love and yet they seem to be using this luxury to express a “sadness that our parents didn’t have time for”.

It explores the relationship between Oliver and Hal – who get closer with the honesty that characterises their new relationship; Hal and Andy – Andy who prefers older men after his father rejected him for being gay. Oliver and Anna (Melanie Laurent), a French actress he meets in a party and falls in love with. They realise they are similar in many ways including their fear of commitment.

It also explores the relationship that Oliver shares with Arthur (Cosmos), his Jack Russell – with whom he actually communicates. And how everyone, including Arthur, wants stability and commitment because Arthur keeps checking the status of Oliver’s relationship with Anna – ‘are we married yet?’

Even Oliver’s relationship with his mother Georgia (Mary Page Keller) is insightful. One can understand Oliver better because you realise both parents have had a hand in making him the person he is. They are both artistically inclined so he is a graphic artist. Oliver seems shy and introverted but he has a dramatic side to him that comes from his mother. Interestingly, both parents show this need to ‘come out’ and be honest. If Hal felt he had to be more than theoretically gay, Georgia felt she needed to be part of a grand narrative. Yet they are stifled by societal demands. Like Georgia who gets politely asked to leave the museum because of her socially unacceptable dramatic behaviour.

Hal tries to live as much as possible and tries to keep learning. Whereas Oliver tries to live vicariously by watching other lives or by trying to be part of something bigger, by writing graffiti that proclaim historical consciousness. So Oliver wants a grand story but settles for subversive ways of expressing it. It is probably about how he tries to bridge the gap between his realism and his desires – creating a meeting point between his parents’ personal ideologies.

The title is interesting because we are all beginners in love and we come armed with preconceived notions that do not necessarily turn out to be true. Also, we never see the title of the movie till the end of the film.

Highlights of the film for me, Christopher Plummer – there isn’t any self-consciousness or a half-joking approach in his portrayal of Hal Fields. He went on to receive the Oscar for Best Supporting Actor for this role. The relationship between Oliver and Arthur is also truly adorable because Oliver treats him as a thinking entity.

The film is based on the true story of director Mike Mills’ father who came out of the closet after the death of his wife. It is a sensitively handled story of something that is deeply personal. A special mention, the cinematography – it has a staccato quality that does not jar and melds so beautifully with the narrative.

Ponniyin Selvan I is based on Kalki Krishnamurthy's eponymous novel series about the Chola Empire. The political struggles, both internal and external, fuels this narrative. Click on the link in bio for more
Brahmastra Part One - Shiva is the first in Astraverse series by Ayan Mukerji - an Indian mythological take on the MCU. It follows Shiva in his search for the truth to his connection with fire and his strange visions. For full review - link in bio #brahmastra #ranbirkapoor #aliabhatt
My anime recommendations that could become your starter pack if you're just stepping into the world of anime 😚😚 #animerecommendations #anime Click on the link in bio for full article
My Top 20 K-dramas that I would unstintingly recommend 🤗🤗 #kdrama #kdramarecommendations Click on link in bio for the full article
Dune follows the journey of Paul Atreides as he learns to navigate the harsh world of Arrakis in the midst of political machinations while grappling with strange powers #dune click on the link in bio for full review
Violet Evergarden is a series about a child soldier who has been treated as a weapon all her life and when the war ends, she works as an Auto Memory Doll (writing letters for others) so that she can understand emotions❤️ #violetevergarden #anime #war Click on linkinbio for full review
A Dessert platter ❤️ #whenyoucantchoosejustone #desserts #mealswithfriends
Nevertheless follows the stories of young art students at a university, navigating complicated relationships in a world of cynicism and not enough commitment #netflix #koreandrama #nevertheless Click on link in bio to read ahead
Eton Mess ❤️❤️❤️ Strawberries, meringue and whipped cream #dessert #etonmess #dessertswhenyouwaitforpeople
Loading Comments...
%d bloggers like this: